Is the trucking industry currently a wise career choice?

The open road is an alluring thing. Jump behind the wheel, turn on your favourite music and just drive! 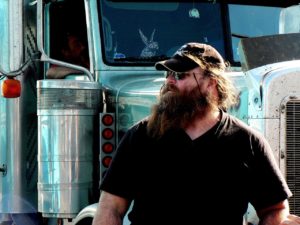 See new places, new things and just generally enjoy the experience. Many people love this. Some actually make it a career. Actually LOTS of people do! The truck driving industry is a major employer in Canada. The trucking industry plays a vital role in the Canadian economy, transporting goods to businesses and consumers across the country. According to Statistics Canada, there were over 400,000 people employed in the trucking industry in 2020, making it one of Canada’s largest employers.

Truck drivers can work in a variety of roles and industries that involve the transportation of goods by truck. Some common jobs for truck drivers include:

Truck drivers may also work in industries such as construction, manufacturing, retail, and warehousing, among others. Some truck drivers may choose to work as independent contractors, while others may work for a trucking company or other organization. The Government of Canada released a report in December of 2021 showing that the prospects over the next 3 years for transport drivers are a 3 stars out of 3, which is their highest possible rating for the Ontario regions they looked at.

It also indicated out that there is a higher percentage of full time jobs in the transport driver industry when compared to the average of all occupations, so there seems to be plenty of work. The report also commented comment on future prospects for transport drivers and stated they expect a severe labour SHORTAGE for transport truck drivers in Canada over the next 10 years. Also when it came to main trends affecting employment the report indicated improved economic growth and manufacturing, growth in e-commerce as well as large infrastructure projects in Ontario all bode well for transport drivers future employment.