Volvo Active Driver Assist. What is it? Why you should have it! 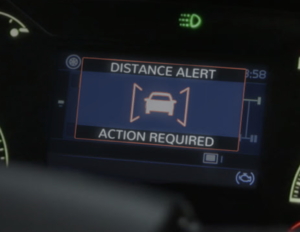 It is a comprehensive collision mitigation system that has been reported to help reduce the risk of collisions by eighty two percent.

VADA is the latest iteration of several security and stability related enhancements that Volvo has made over the last over decades that started with the use of anti lock brakes way back in the 1990’s, and have since incorporated several progressively more advanced technologies.

VADA technology is yet one more example of Volvo’s commitment to both driver as well as road way safety. By any measure, VADA helps keeps Volvo on the cutting edge of safety and driver assistance.

Impressive no doubt, but exactly how does VADA accomplish this?

Though an ingenious integration and combination of multiple elements into a comprehensive system, VADA not only accomplishes the security described, it also manages to do everything it does with with fewer false warnings.

There are several components involved in this process, but three key elements are…

Using a combination of both audible as well as visual alerts, the driver of a Volvo Rig equipped with VADA will be given increased time to respond to changing situations.

In the event of more sudden and severe scenarios, Volvo Rigs with VADA are designed to actually brake if a collision is imminent.

VADA monitors for things such as closing gaps between the truck and vehicles in front of it, stationary vehicles, lane departure warning and it even reads road speed signs and indicates if you’re exceeding the speed limit.

All of this is designed to either avoid a crash, or at the very least reduce its severity.